Kickin’ Up the ‘Bouts

Traditionally, a wedding is focused all around the bride. However, modern day grooms are much more involved and like the spotlight just the same. One example that singles the “man of the hour” out from all the other men in tuxedos is a boutonniere.

Boutonniere is derived from the French word meaning “buttonhole flower”. Just like the bride’s bouquet, they were worn by men in the 16th century to ward off evil spirits and bad luck. In the 18th century, they were worn more as fashion statements by being placed in the buttonholes of frock coats. By the 19th century, they became part of the Romantic Movement and in the 20th century after the wars, they became a symbol of honor, elegance, and masculinity. Today, they are worn for special ceremonies and occasions.

Throughout the years, these floral accoutrements were typically a rosebud with a leaf and baby’s breath. However, the times have changed and so have men’s suits. Smaller sleeker boutonnieres look much more contemporary than what they used to be. And, they certainly look much better when paired appropriately with today’s stylish clothing. Pocket squares are extremely popular and can be worn with or without a boutonniere. Regardless if using a handkerchief or a flower, both are worn on the left lapel. The groomsmen’s boutonnieres should all be the same, but the groom’s should be more distinguished.

The perfect boutonniere shares a common flower with the bride’s bouquet. Just like the bridal bouquet, choose flowers that can withstand many hours without water. Also, be cautious and select a flower with a slight fragrance as opposed to one with a strong scent such as a gardenia. A few great alternatives include roses, orchids, mini calla lilies, lisianthus, and hypericum berries.

These little, yet significant floral accents can also pay homage to the groom’s heritage. For instance, if the groom is Irish, Bells of Ireland may be a small and personal way to recognize his country. Colorful ribbon may also be attached to the stem for more symbolic meaning. The bride and groom’s fathers, grandparents, and ring bearer should also have one just as mothers and grandmothers have corsages.

Just say, “Oui” to a boutonniere and your floral designer will help determine what works best for you and your wedding. 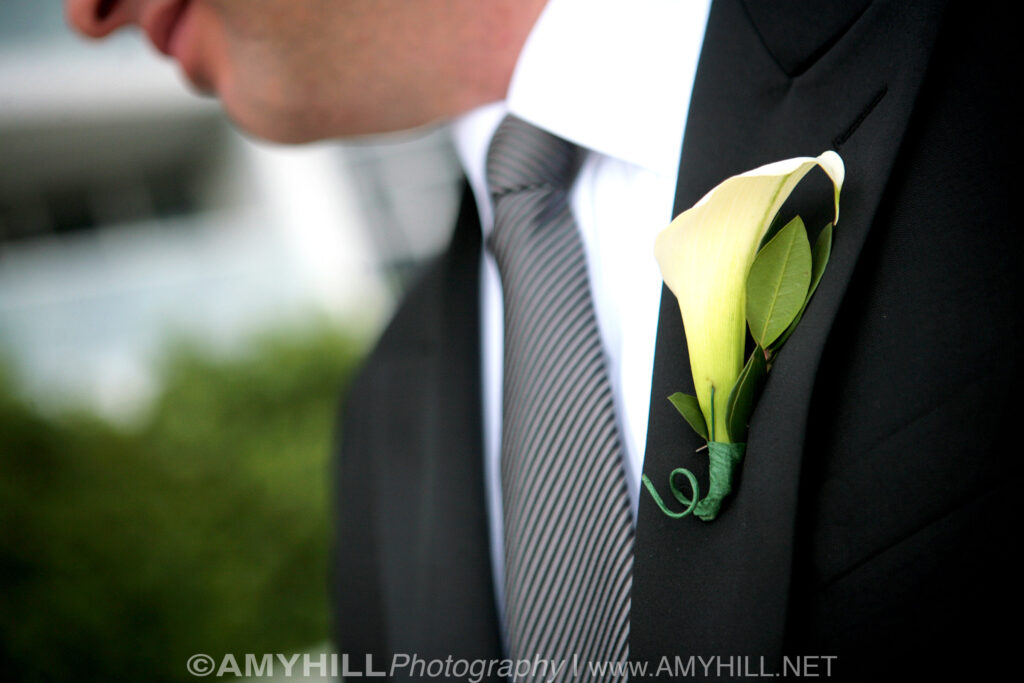 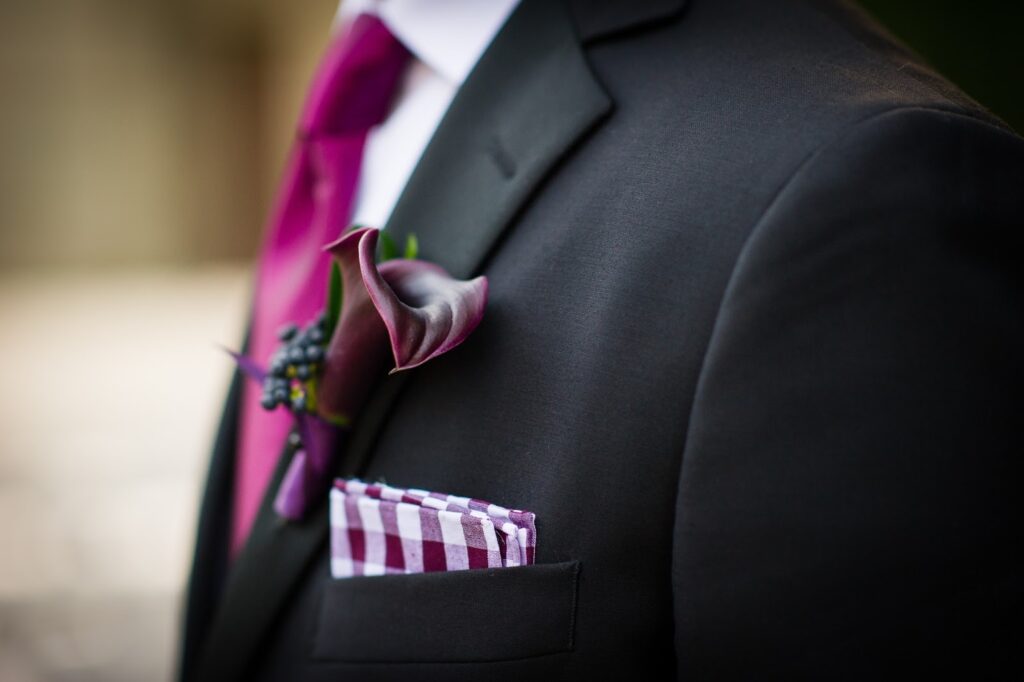 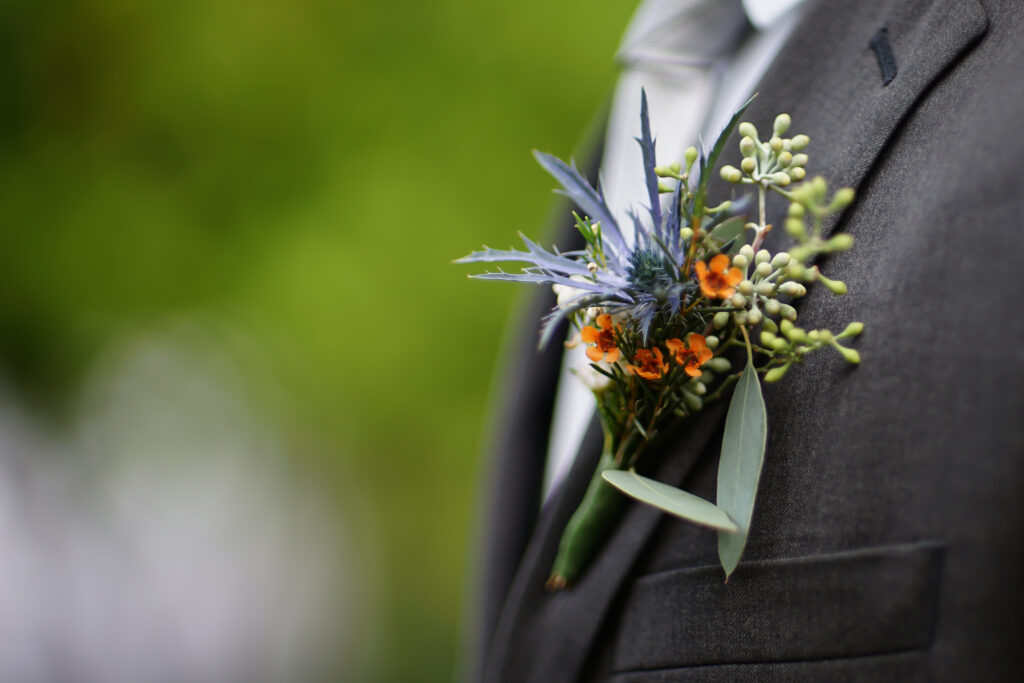 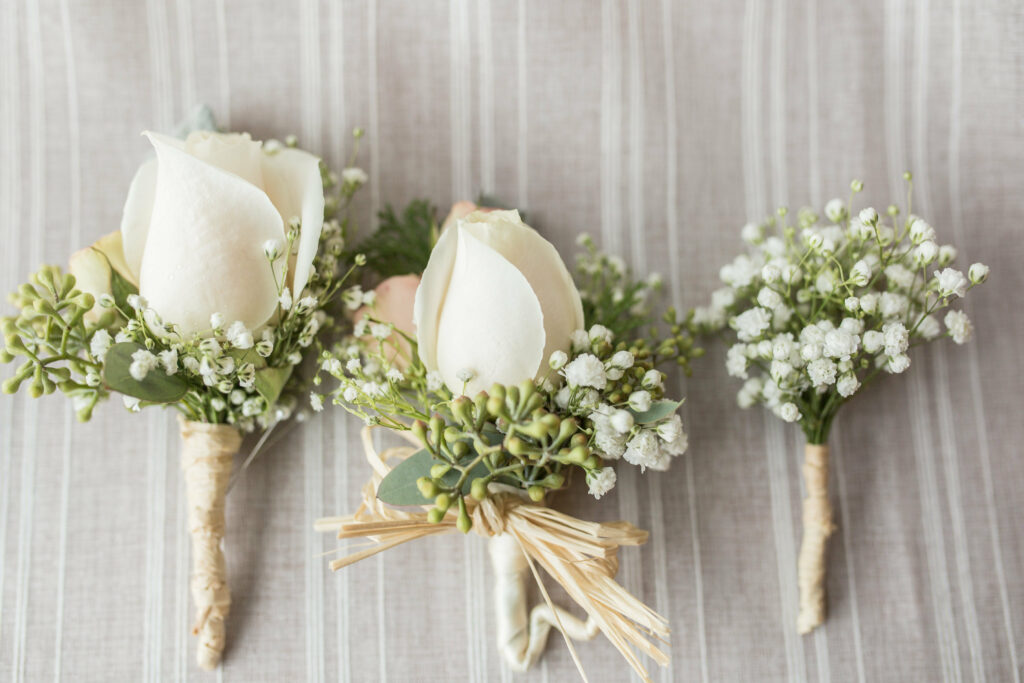 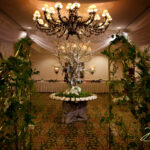 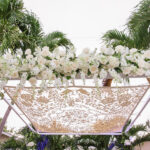 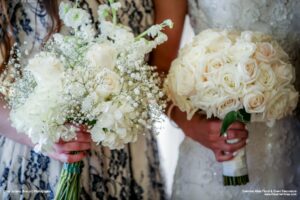 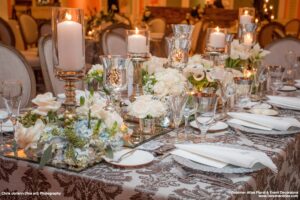 The Highs and The Lows of Wedding Planning 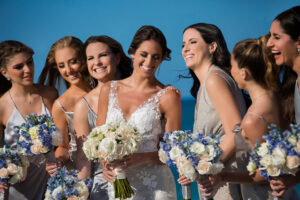